WORK WITH A REALTOR WHO UNDERSTANDS THE CABO MARKET

Find current listings that are in your specific price range

Enter a custom search to see listings of lots, condos, and homes

Downtown Cabo San Lucas is the site of Los Cabos’ most popular restaurants, bars, and clubs. Many of the homes and condos in this area are within walking distance of downtown. Homebuyers can search for homes and condos downtown or in the Marina. Those that desire more privacy may be interested in... [READ MORE]

The Cabo corridor is the 18-kilometer stretch of the 1 that runs from the El Tule arroyo to Vagabundos. The proximity to Cabo San Lucas has made this area ideal for those who desire easy access to restaurants, beach bars, and nightlife, but want a home or condo in a quiet neighborhood.[READ MORE]

Downtown San José del Cabo is characterized by its Spanish colonial architecture and cobblestone streets. The proximity to downtown, along with its world-class fishing and aqua-blue water, have made San José del Cabo the ideal location for many homebuyers as it boasts many great... [READ MORE]

As a popular fishing destination, East Cape not only boasts the highest concentration of fish in the Sea of Cortez, but also one has one of the oldest living coral reefs in the American continent.   Furthermore, wind sports are a big thing in the community. [READ MORE]

There are a number of new real estate developments on the Pacific side of Cabo San Lucas. These communities are ideal for buyers that prefer the cooler temperatures and less developed land, but still want a short drive to downtown Cabo and the surrounding shopping centers. [READ MORE]

Established back in 1723 by Father Jaime Bravo, Todos Santos endured eras of both great wealth and famine. Fortunately, now that the farm land there produces abundantly, and tourism is strong and growing, there’s been no greater time to come to Todos Santos. [READ MORE]

Hacienda’s location makes it an ideal vacation home or investment property. The development is located on Medano Beach, and has all of the amenities of a five-star resort. What are some of the greatest benefits of owning in Hacienda?

Copala is a luxury home and condo community with Quivira. These properties have excellent views of the Pacific and the two Jack Nicklaus signature courses. Some of the reasons for choosing a property in Copala includes:

Pedegral is known as one of the best areas in all of Los Cabos. Many of the homes and condo units in Pedregal have views of the marina, Land’s End, and the Pacific. Some of the benefits of owning in Pedregal include:

Palmilla is a high-end community of homes and condos with excellent views of the Sea of Cortez and the Jack Nicklaus-designed golf course. This community offers easy access to Palmilla beach, along with other great benefits, including: 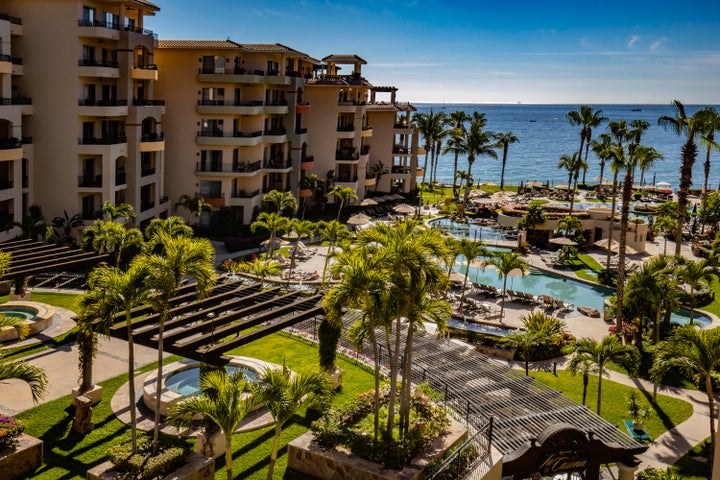 All information is deemed reliable but not guaranteed. The listings on this site are displayed courtesy of the IDX program of MLS BCS and may not be the listings of the site owner.

In 2013, Jeff and his family moved to Cabo San Lucas, at which time Jeff returned to real estate. Since then, Jeff has helped hundreds of clients buy and sell property in the Los Cabos area. Jeff is licensed to sell real estate in Los Cabos, and he has gone through the Conocer training program. In addition, Jeff has personally been through the home buying, selling, and building process himself.

To learn more about Jeff’s background and work philosophy, visit his ABOUT page. To inquire about listing a home or scheduling a tour, just click CONTACT.

Jeff has filmed two episodes of HGTV’s House Hunter’s International. The first episode, titled The Dueling Cabos, aired in February of 2020. The second episode is slated to air later this year.

When you find the home or condo that is right for you, Jeff will help you determine how much to offer, and he will negotiate with the seller’s agent to get the deal done. Throughout the home buying process, Jeff is here to explain each step so you will feel confident deciding to buy a home in Cabo.

Let us help you acclimate to living in Cabo after you buy your home. From setting up phone and cable and opening your electric and water accounts to learning the ins and outs of everyday life, get reliable information and assistance from us to make your transition stress-free.

If you wish to sell your home in Cabo, you will get straightforward, sound advice. We develop a sales strategies that strike a balance between the right price and time spent on the market. To target potential homebuyers, we launch comprehensive online marketing strategies that work.

BUYING IN MEXICO VS. THE US AND CANADA

BUYING IN MEXICO VS. THE US AND CANADA

Buying a home or condo in Mexico is similar to buying property in the United States. However, there are two key differences that you will see in Mexico. First, foreigners can buy property in Mexico, but the title to the house is held in a renewable bank-held trust, called a fideicomiso. Second, buyers in Mexico can expect to pay an additional 2 percent acquisition tax during the closing for the property.